I've recently embarked upon a project that I've wanted to do for some time now; the Laramie Plains Civic Center, located at 710 Garfield Street. For the uninitiated, this building is a labyrinth all unto itself. Originally built in 1878, it was the first school building in the state of Wyoming, and was known as the East Side School. It had two major additions; one in 1928-29; the second was a part of the WPA, (Works Projects Administration) in 1938-39. The building served as the senior high school for the city of Laramie until a new high school was opened in 1959. It then served as the junior high school until the mid-seventies. It was added the National Register of Historic Places in 1981. Over the course of the last few years, the building has been undergoing an extensive restoration and renovation project.
This project is intended to provide a comprehensive documentary of the current state, and current uses of the building, as well as document the renovation as it proceeds.
I've been fortunate enough to have been granted access to the areas of the building that have been,(and continue to be) unavailable to the public for a number of years. I want to extend a heartfelt "Thank you" to Alec, Rebecca, David, Harold and the rest of the staff at LPCC for all of their assistance with this project.
-Doc

For more information on the LPCC: http://laramieplainsciviccenter.org

If anyone has a story or two to share about LPCC when it was still in use as a school, (LJHS or LHS), or even an interesting ghost story - Halloween is just around the corner! - please email them to lpccstories@docspix.com I'll include them in the final presentation/exhibition. And, no. I don't have a date yet. I'm not certain exactly how long this project is going to take; I'm expecting six to twelve months.

Below are some of the early images from this project.

The cornerstone at the north entrance, (street view): 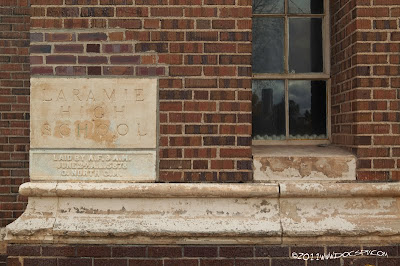 The date on the cornerstone: 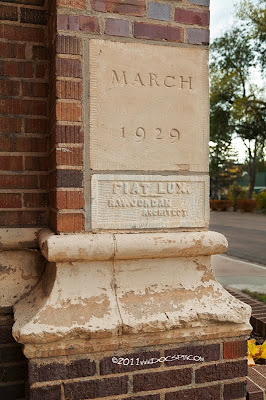 Note: I will be looking for the original cornerstone from 1878, if it still exists.
This building holds significant historical value: 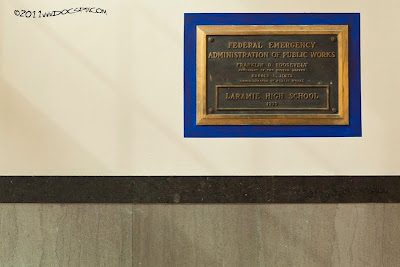 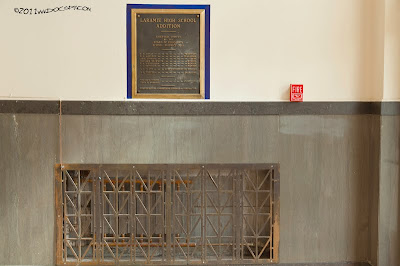 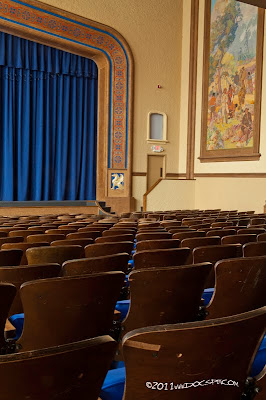 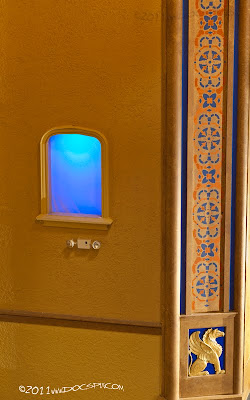